Should prenatal screening for hepatitis C be universal? 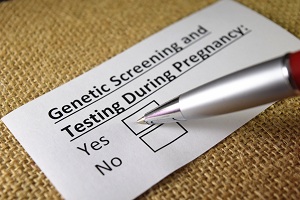 According to the team of Dr. Michelle Rose, prenatal screening against hepatitis C should be universal. Testing all women instead of only those at risk would be more efficient and even cheaper. To prove it there is a study of almost 20,000 pregnant women, conducted in several phases between 2014 and 2017.

Universal prenatal screening makes it possible to identify the disease in a shorter time, so as to deal with it earlier and more effectively. In addition, it is also cheaper than risk based screening. Although there is a higher cost immediately, it saves a lot of resources in the following years. Compared to the $ 2,905 extra spent during the study, $ 100,000 were saved in treatment due to late diagnosis.

Testing only women at risk leaves behind many patients who are positive for hepatitis C. The infection develops unchecked and it is possible for the woman to infect other people. All this could be avoided with controls on all pregnant women, independent of the extent of the risk. This way you could start many treatments before and even prevent contagion.

The study involved 19.453 women aged 13 to 52, all being treated at Norton Healthcare in Louisville. This area is in fact the epicenter of a tremendous opioid crisis, which also affects other aspects of common life. In the state of Kentucky, the rate of young women with hepatitis C is 10 times higher than in the rest of the United States. Not all would be considered "risk subjects", which prompted Dr. Rose to offer the prenatal screening test to all pregnant women.