How CRISPR is changing the research in prenatal diagnosis 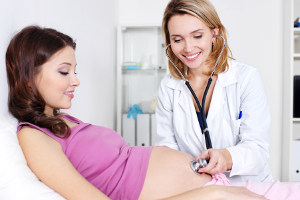 The CRISPR is the technology that is revolutionizing the genetic editing, offering new ways to deal with genetic diseases and more. Researchers at the Weizmann Institute of Science have combined this tool with the profiling of genomes of single cells. They have thus obtained an invaluable research tool, which could respond to questions now defaulted and help in the diagnosis of a large number of diseases.

The CRISPR is a technology that allows you to manipulate the functions of genes in a single cell. This way you can act on genetic abnormalities, but not only. At each change are in fact different results, which allow you to better understand the functions of individual genes. Just as an experiment to obtain data once obtainable with thousands of hours of work. Data applicable to medical research, the understanding of how some diseases and their diagnosis.

Often the only results obtained with the CRISPR are not clear enough. Hence the team of Weizmann Institute of Science has combined with RNA sequencing. The latter is a rapidly developing sector, which is affecting in an important way on many areas of research and biotechnology. Through messenger RNA sequencing of individual cells, you can identify the role and functions. You can use the technique of thousands of cells at once, giving to each of them its own niche in the population as a whole. In this way scientists can study things like the development of the fetal brain, or how it evolves a cancer in the body.

The authors of the study have had to make changes to the CRISPR technique, so as to adapt it to RNA sequencing. Their version is capable of targeting multiple genes at once, some of which inside the same cell. The result is a technology that allows you to connect cells with similar behavior between them and identified novel functions for certain types of genes. Moreover, data are obtained with a molecular precision, obtainable in a fraction of the time required by other technologies.