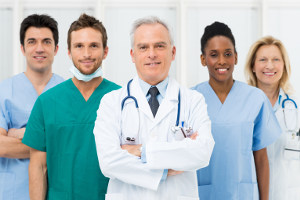 An Italian-American team has developed a new method to diagnose Creutzfeldt-Jakob disease. It has an accuracy of 100% and is also useful for identifying other neurological diseases.

The test, in fact, is able to recognize also Alzheimer's and Parkinson's. A method to revolutionize the diagnostic criteria of these diseases, allowing to narrow down the times and facilitating the treatments.

Until now, Creutzfeldt-Jakob disease was identified only post mortem by autopsy. The new study provides an initial examination of the cerebrospinal fluid, which follows that of the olfactory mucosa. Doctors remove the mucosa using a nasal swab, painlessly and without the need for anesthesia. Then apply a laboratory test called Real Time Quaking-induced conversion, which requires very few cells. The test detects the presence or absence of altered proteins, index of Creutzfeldt-Jakob disease or other neurodegenerative disorders.

Creutzfeldt-Jakob disease has become famous as the "mad cow disease." The disease in question is however only one of the forms of the disease, inter alia virtually disappeared. The Italian and American researchers have instead developed the test for sporadic Creutzfeldt-Jakob. Creutzfeldt-Jakob disease is a genetic disease, whose causes are unknown and currently incurable. The study opens the door to a more precise diagnosis, which will facilitate the creation of new treatments. The next step will be the development of a gene therapy and maybe even a special method for prenatal diagnosis.