Prenatal screening: is it better to make a second? 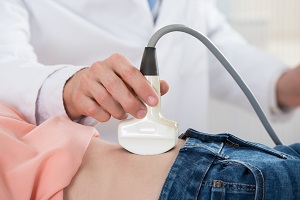 When you are talking about prenatal tests "Melius est quam in deficit". According to a study by Quest Diagnostics Nichols Institute, a second non-invasive prenatal screening test would help it to identify false positives and birth defects go unnoticed.

The scientists analyzed duplicate maternal chromosomes, identified by genome sequencing. They identified maternal microduplications or duplications of the maternal chromosome that is easy to mistake for a trisomy. Trisomy is nothing other than the presence of an extra chromosome, that causes Down's syndrome and other diseases. When making prenatal testing, these microduplications sometimes lead to false positives. Perform a second non-invasive prenatal screening decreases instead the possibility of that happening.

The team cited a 2015 study focused on two cases of false positive for trisomy 18. From this, he examined the data of 31,278 women undergoing prenatal screening. The doctors performed a second analysis on the patients, focusing also on microduplications. They then confirmed the new results by means of a DNA microarray process. They have thus improved by approximately 30 percentage points the accuracy of the results for the three diseases: Patau syndrome, Edward's syndrome and Down syndrome. 313 of the initial cases of suspected Down syndrome, have identified 9 false positives. Of 106 diagnosis of Edward syndrome, false positives were 3, while they were 2 for the 93 positive for Patau syndrome.

The second non-invasive prenatal screening tests can also help detect abnormalities otherwise unidentifiable. An essential tool for many expectant mothers who want to ensure the health of their baby.