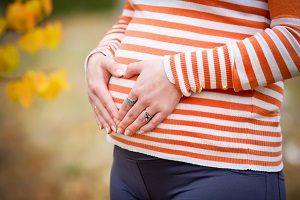 Researchers from the Women & Infants Hospital of Rhode Island studied the possible impact of prenatal screening tests. The study shows how the non-invasive tests might become affordable for all women, beyond the presence or absence of obvious risk factors. This would allow time to identify possible anomalies, allowing parents to prepare and proceed with the treatments available.

The fetal DNA tests are designed to detect chromosomal abnormalities. The latest scientific discoveries have made it possible to do so from a single drop of blood, making it much less invasive procedure. This makes the recommended tests not only for women at risk, but also for how many do not would benefit from making an amniocentesis or other invasive testing. Many doctors, including the authors of the study in question, then hope for the expansion of the procedure.

The study analyzes the impact of fetal DNA testing in the context of prenatal routine. The researchers interviewed a sample of women who had carried out analysis of fetal DNA, of different ages and walks of life. They asked the women to talk about their experience, how they had come to test knowledge and what was useful in the context of pregnancy. The responses have confirmed that genetic testing for prenatal screening meet the satisfaction of many women.