Hysterosalpingograph: a test for tubal infertility 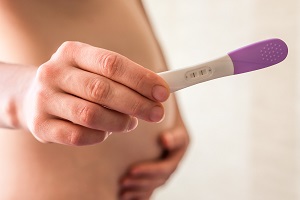 Hysterosalpingography is one of the diagnostic tests that allow to identify infertility. According to a study led by Professor Kim Dreyer, this methodology could be beneficial for "unjustified" infertility cases. The use of a liposoluble contrast agent, in particular, could have a great impact on fertility. Not all studies agree, however.
Consider an infertile couple after a year of failed conception attempts. In these cases, the possible causes of the problem are sought and hysterosalpingography is one of the standard examinations. It is an invasive and also expensive test, mainly used to assess tube conditions.Hysterosalpingography introduces a contrast fluid inside the uterine cavity and tube. Thus, a radiograph of the

Hysterosalpingography introduces a contrast fluid inside the uterine cavity and tube. Thus, a radiograph of the female female genital system is performed. The result is a kind of mold, from which morphological anomalies may arise. Usually a water-soluble contrast agent is used, easier to absorb. However, there are also liposoluble contrasting liquids, which dissolve in fat.

Professor Dreyer's team has conducted a trial on over 1,000 infertile women, aged 18 to 39. The women were divided into two groups, one for the water solublecontrast fluid and one for the liposoluble contrast fluid. After the examination, 40% of women who showed permeability in the tubes continued with intrauterine insemination. 58% continued with

contrast fluid and one for the liposoluble contrast fluid. After the examination, 40% of women who showed permeability in the tubes continued with intrauterine insemination. 58% continued with management of waiting, or attempts at natural conception. 2% used in vitro fertilization.
It was found that 40% of women who had used liposoluble fluid were pregnant, compared with 29% of the other group. The proportions between conception obtained naturally and with assisted fecundation were similar in the two groups. In addition, 39% of women in the first group gave birth to a live baby, against 28% of the second.