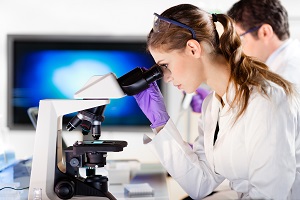 Researchers are increasingly relying on the big data analysis to study the genetic roots of autism. The purpose is to understand the exact functioning of the disease, as well as to prepare DNA tests that facilitate the diagnosis.

In April 2007, Dr. Micheal Wigler had shown that autistic people are often united by some genetic abnormalities. The mutations are variations in the number of copies (CNV), that is, the presence or absence of repeated DNA portions. The discovery has allowed to explore aspects such as the inheritance of some forms of autism. One day it could also lead to prenatal diagnosis.

Discovery of the role of CNV in autism has prompted researchers to search for all the genes related to the disorder. They focused on those that encode proteins, in samples taken by subjects with family autism cases. The premise was to compare the genes of those exposed to genetic mutations. Thanks to data from more than 600 families, scientists have detected hundreds of genes involved in developing autism. Among them, however, there are 6 genes with a higher role than others.

In 2014, the team carried out two new studies, based on DNA testing of more than 20,000 people. The researchers thus linked 50 genes to autism. Thanks to family analyzes, they also sought genetic variants both hereditary and new. In this way they narrowed the circle to 10 genes. Subsequent studies have added 65 new key genes to the list, plus 6 CNVs.

All of these studies have shown a link between genes and autism. Autism is therefore becoming more and more configured as genetic disease, rather than psychiatric illness. This means that you could combine the data collected with the new genome sequencing tools and statistics. The result could be a greater ease of diagnosis and, why not, preventing the disease.