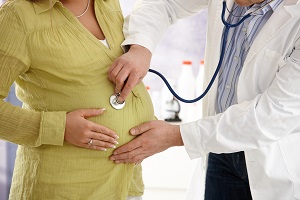 About 18% of children are premature. One million of them do not survive, while the remaining ones are endangered. To date there is no prenatal screening test that can say with certainty whether a woman will give birth before the time.

MIT scientists have discovered significant differences in cervical mucus of preterm delivery women. Analysis could be a safe way to calculate the risk of premature delivery. This way the doctors could act to delay labor or prepare the care for the baby.

An earlier study revealed that 25-40% of premature births are due to infections. In these cases, the microbes reach the uterus through the cervical canal, overcoming the cervical mucus barrier. In addition, women with risk pregnancies have shown to have a much weaker and elastic mucus layer. All this suggests that analyzing the mucus before delivery could help prevent any problems.

Scientists have analyzed the cervical mucus of two groups of patients who have just become mothers. Women in the first group had low-risk gestures, those of the second high-risk group. The women of the first group had given birth in terms, the others between 24th and 34th week. The doctors were able to distinguish the samples taken from the one rather than the others by studying its permeability.

The mucous barrier of women with high risk pregnancies was more permeable than the average. This facilitates the entry of bacteria and microbes, resulting in dangerous infections for the baby. In addition, the altered mucus seems to be less able to retain immune cells and antibodies that could fight the infection.