Two new extensions for CRISPR have been discovered 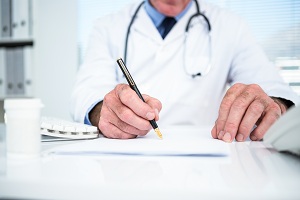 The CRISPR genetic editing technique cuts a section of the double helix of the DNA, replaced by a healthy version. It's an effective but somewhat violent approach to DNA. Extensions, on the other hand, allow you to act in a more targeted manner. Instead of cutting the double helix, they use enzymes to change the order of bases that make up DNA and RNA. This way you get a new base without acting on the surrounding ones.

Findings are particularly relevant for genetic diseases with point mutations. They are illnesses caused by changes in single nucleotides, where a single base is put in the wrong place.

The technique developed by David Liu acts on the layout of the adenine atoms and turns them into guanine. In this way, the pair of A-T bases becomes a C-G pair. The procedure proved to be effective in 50% of cases and did not lead to collateral changes.

The second technique, discovered by the Feng Zhang team, acts on the RNA. The researchers turned the adenine into iosin. The components that produce cellular proteins read iosin as guanine. The method allows you to make a temporary change only because it acts on the RNA and not on the DNA. This means that you can repeat the process several times, even by making improvements.