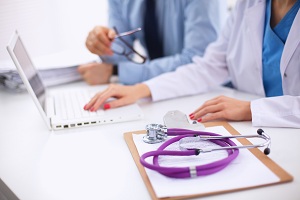 Professor Sarah Tabrizi of the University of London announced the first positive results in the fight against Huntington's disease. Phase 1 of trials for a new drug was successful. Treatment has slowed the progression of the genetic disease, offering for the first time a concrete hope. In fact, current treatments only allow the symptoms to be mitigated, but they do not affect the disease itself.

The drug is composed of a strip of synthetic DNA, adaptable also to other neurodegenerative diseases. The approach could therefore offer hope also against Alzheimer's and Parkinson's. For the time being, however, the results only concern Huntington's disease.

Huntington's disease is caused by an inherited genetic variation. The defective gene gives instructions to produce a toxic protein, copied from messenger molecules and spread in the brain. The drug is called Ionis-HTTRx and intercepts the molecules, destroying them before the protein spreads. The administration involves an injection directly into the fluid surrounding the spinal cord. In this way the drug reaches the brain and does not disperse.

Phase 1 of the trial involved 46 women and men in the early stages of the disease. The doctors injected four doses of the drug half a month away from each other. With each injection, they increased the dosage. The other half received a placebo. Subjects who received the drug showed a decrease in protein levels.
Although the results are positive and bode well, a broader study will be needed to confirm them.