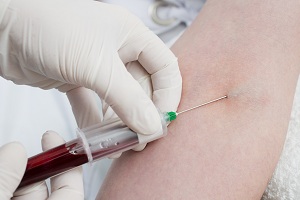 A team of researchers at the Hebrew University of Jerusalem has developed a new diagnostic test. This is a blood test that can identify biomarkers related to various diseases. In this way it allows to assess the extent of the damage and to process the best treatment for each case.

The basic genetic heritage is always the same. Nevertheless, the processes that take place in the cells of individual tissues can modify it. The phenomenon is called methylation and determines the specificity of different tissues. Furthermore, the cells of a diseased tissue have a DNA that is partly different from those of a healthy tissue.

The test is based on a principle known for decades and also used in fetal DNA tests. Dead cells release DNA fragments into the blood. In theory, it should be possible to derive this DNA from a blood sample and determine its origin thanks to the methylation pattern. In practice, isolating and decrypting these cell fragments requires advanced technologies and knowledge.

Israeli researchers have developed a technique for isolating DNA fragments in the blood. By examining these fragments, they were able to determine the health conditions of patients suffering from various diseases. For example, they worked out a way to diagnose diabetes mellitus more precisely. In fact, the blood of those suffering is richer in fragments of pancreas cells than the average.

DNA fragment testing could be decisive for early diagnosis of cancers and degenerative diseases. By detecting too many cells of a certain type, doctors would be able to diagnose the disease before the onset of symptoms.