A shock to correct sperm DNA 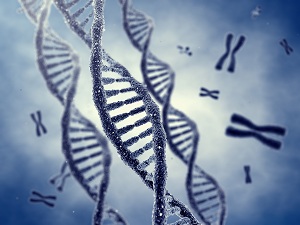 One of the possible applications of Crispr is linked to genetic hereditary diseases. The researchers hope to be able to use it to correct genetic defects in the embryo, avoiding that the diseases occur. However, it is still early for practice, as it still has obscure and unknown points. Weill Cornell Medical researchers in New York proposed an alternative: change sperm DNA.

Manipulating the sperm DNA is very difficult: in spite of the very hard membrane, they are delicate cells. Researchers used a new approach to making changes without destroying sperm. They subjected the cells to an electrical impulse, thus penetrating the Crispr system. The spermatozoa left the treatment a little slowed down, but still able to fertilize and usable in in vitro fertilization.

The work was presented at the Congress of the European Society of Human Reproduction and Embryology. According to the New Scientist magazine, arriving at this conclusion was a real challenge. The researchers needed many attempts to find the ideal impulse: 1,100 volts for 20 milliseconds.

The discovery would allow to treat genetic diseases at the source, at least in the case of those transmitted by the father. It is estimated that the genetic diseases caused by a single mutated gene are more than 10,000. The discovery could therefore avoid the transmission of diseases such as sickle cell anemia, cystic fibrosis and some forms of muscular dystrophy. However, it will still take some time to conduct further studies and analyze any negative effects.