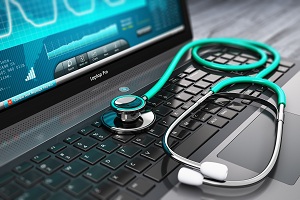 Postmortem DNA analysis can help explain cases of sudden death by heart attack. However, expert professionals are needed to interpret the data, which is not always clear. For this purpose, the American College of Medical Genetics and Genomics (ACMG) has drafted a set of guidelines to follow. According to Dr. Steven White, these can help understand the causes of certain deaths and also to prevent the risk in the victim's relatives.

Genetic tests are usually thought of as a tool to prevent cardiovascular disease. Not always possible and it happens that some people die without an apparent reason. The so-called genomic autopsy is a way to diagnose post-mortem disease. Although it is useless for the person who has already left, it is very precious for siblings and children. In some cases, it can help prevent further deaths caused by the same genetic variant.

Death from sudden heart attack kills about 450,000 people a year in the United States. In most cases, deaths are caused by coronary or similar diseases. Nevertheless, among these there are 5,000 young people, of whom 40% died without an apparent reason. In these cases, traditional autopsies fail to give any answers. It is thought that the reasons for these deaths are hereditary cardiomyopathies, not diagnosed early.

Dr. Steven White examined 25 cases of sudden death left without explanation. Analyzing 99 genetic variants, he identified 27 anomalies common to 16 of the victims. These could be the cause of deaths.