Preserved the ovarian tissue of a 5-month-old girl 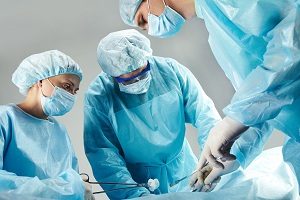 The surgeons of the Ann & Robert H. Lurie Children's Hospital in Chicago removed the ovarian tissue of a 5-month-old girl. The fabric has been cryopreserved, so as to allow the child to have a day of children, if she wants it. The girl has indeed been subjected to an anticancer treatment, which could affect her fertility.

The procedure was unique in its kind. The doctors removed a tiny ovary without damaging it. They kept it as intact as possible, so that it could be stored for future transplantation. When the baby is ready, the doctors will evaluate the best options available. One of these involves transplanting the tissue stored on the remaining ovary. In this way it will begin to ovulate and the doctors will be able to collect the oocytes for in vitro fertilization.

For the moment the technique is still experimental. For the time being, doctors have documented about 130 parts obtained in this way, almost all in the United States.

For the time being, only 2 of these have occurred in Europe. However, researchers are developing new techniques to increase the chances of success of the procedure.

Dr. Rowell, who participated in the intervention, said the researchers are working on new surgical techniques. The goal is to damage the fabric as little as possible, also improving its preservation. The technique could preserve the fertility of many small patients with tumors, but also genetic and endocrine diseases.