The DNA of neurons changes during embryonic development 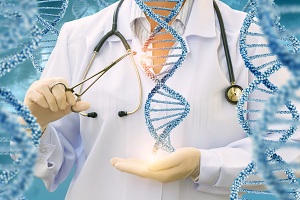 Unlike many cells in the rest of our body, the brain cells have variable DNA. It changes cell in cells, due to somatic changes. The phenomenon could explain diseases like Alzheimer's or autism, but remains largely unexplained. Scientists at the Sanford Burnham Prebys Medical Discovery Institute (SBP) have developed a new approach that allows us to identify the magnitude and location of these changes.

Thanks to the new technique, scientists have detected thousands of previously unknown variations. Many of these appear in the prenatal stage, particularly in the most important stages of brain development. It is therefore likely that they are an integral part of the process, even if its purpose is not yet known.

The study clarifies critical points on the number of changes in brain cell DNA. The merit is a technique that integrates cell sequencing. Because this destroys the cells examined in the process, the scientists recombined the DNA using immune cells. In this way they have created cell models with alterations, making it easier to detect them during analysis.

The technique was developed by a team formed by Illumina scientists. Applied to single cells during neurogenesis, it has allowed to find thousands of new genetic variants. Most of these were characterized by deleted DNA areas, while duplications were rarer. The variants were randomly distributed in the genome, but developed almost all in the neurogenesis period.