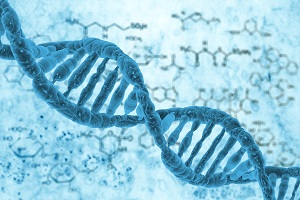 DNA can predict a patient's response to certain antipsychotic drugs. This is revealed by a study by the Feinstein Institute for Medical Research. The finding could significantly influence current pharmacological therapies against schizophrenia.

Schizophrenia is a psychiatric illness characterized by hallucination and disorganized behavior. Usually it is treated with antipsychotic drugs, but the choice of therapies is done without the laboratory test guide. Often one proceeds by trial, changing medication when the one in use proves to be ineffective. Patients are therefore struggling to find their emotional and even professional stability.

The team of Professor Todd Lencz used genetic tests to predict the response to drug therapies. For the study involved patients who had been diagnosed with the first episode of schizophrenia. They analyzed the entire genome, looking for thousands of genetic variants related to the disease. At a later stage, they used the results to score the treatment response.

The results open the door to precision medicine in psychiatry. The team's hope is to expand the study by applying genetic tests to therapies for other psychiatric illnesses. In addition, genetic tests could be used in combination with other types of tests, such as tacs and magnetic resonances.

The goal is to guarantee the thousands of people suffering from psychiatric illnesses personalized and safe treatments. In the future, it may become possible to immediately understand which drugs give the most chance. In this way, patients could live a relatively normal and at least more stable life.