An algorithm to combat vascular malformations 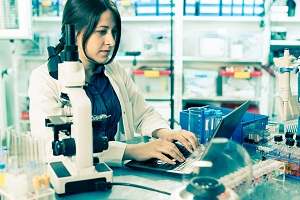 A new algorithm could give a big help in the fight against vascular malformations. The news comes from the VI National Congress of the Italian Society for the Study of Vascular Anomalies (SISAV). Dr. Matteo Bertelli presented the work done by him and his team, which could improve the sight of hundreds of people.

Bertelli led a team of biologists and computer scientists, together to decode the way these diseases develop. In fact, to date, the major problem of vascular malformations are relapses. Often the pathology progresses unexpectedly, even after surgery. So the patient is forced to live in uncertainty and often has to return to the operating room, perhaps after less than a year.

The algorithm developed by the Betelli team analyzes the data collected with the sequencing of the tissues. In particular, it compares the DNA of the diseased tissues with that of the blood. In this way it identifies the genetic mutations related to the disease and manages to identify a possible worsening in progress. Furthermore, it also helps to understand on which areas to act and how.

The next step is to integrate the algorithm and tissue analysis done with mass spectrometry. The union of the two analyzes highlights the areas on which the surgeon must act. All this while the operation is still under way, avoiding that it goes too far beyond what is necessary. Then, genetic analysis allows you to choose the best drugs for each individual case.