A multigenic test to predict depression 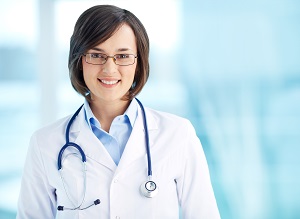 Depression affects more than 300 million people worldwide and is a major cause of disability. The causes are still partly unclear. The disease is thought to be caused by the interaction of biological, psychological and social factors. It often occurs during adolescence, but remains undiagnosed for years. For this reason it is essential to identify the risk factors in time, so as to intervene as soon as possible. An international team has studied a new method to calculate the genetic risk of depression.

Scientists analyzed genetic variants associated with depression, identified in a sample of 460,000 adults. In this way they compiled a score that reflects the genetic risk of depression, based on the interaction of multiple genes. The individual variants have little impact, but they can be devastating taken together. The method is the same one used to diagnose the risk of diabetes and heart disease. To calculate the score, the researchers used data from adults.

They then applied it to cohorts of children and adolescents to determine the risk of depression. To make the results more precise, environmental factors that increase the likelihood of depression have also been taken into consideration. They then investigated traumatic events and possible abuse suffered by children. According to the authors, there is still a lot of work to do. Nevertheless, the first results seem encouraging. In the future, the multigenic test could be used to calculate the risk of depression. In this way it would be easier to intervene with adequate therapies right away, improving the lives of many people.