Are Swiss men the least fertile in Europe? Why? 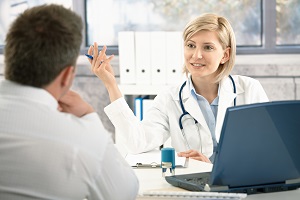 According to the World Health Organization, Switzerland is the least fertile country in Europe. The average for young European men is around 41-67 million spermatozoa per ml. Instead, more than half of Swiss young people fall far below this average. Other less fertile countries are Denmark, Norway and Germany.

How this phenomenon is possible and what consequences it can have for the health of the individual. By averaging across the entire Swiss male population, every man should have around 47 million spermatozoa per ml of semen. WHO data show a very different reality: only 38% of Swiss young people have a correct sperm concentration. 71% is instead "subfertile", meaning that it has less than 15 million spermatozoa per ml of seed. This means that Swiss men tend to be less fertile and take longer to conceive. In general, we are seeing a steady decrease in sperm concentration.

There are many theories as to what the causes could be: the substances present in the plastic; lack of physical activity; jeans too tight. Unfortunately, there is no safe answer, at least at the moment. In the specific case, the researchers tested the seed of 2,500 men between 18 and 22 years, as part of the exams for the military service. They also submitted a questionnaire about lifestyle, diet and education. All study participants were conceived and born in the country.

The low concentration of spermatozoa influences the ability to conceive, obviously. In addition, it increases the risk of testicular cancer and genital malformations. This could be related to the increase in cases of this type of cancer over the past 35 years. In Switzerland there are about 10 cases per 100,000 men, one of the highest rates in Europe.