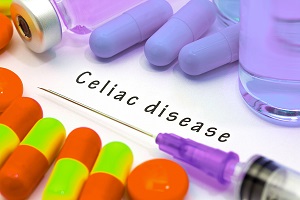 According to a study by the Norwegian Institute of Public Health and the Østfold Hospital Trust, a diet rich in fiber during pregnancy reduces the risk of celiac disease for the fetus. The researchers analyzed data from 88,000 Norwegian children and their mothers, all born between 1999 and 2009.

During the last 22 weeks of gestation, the mothers had answered a series of questions regarding nutrition. Among these there was one concerning the quantity of fiber and gluten consumed. 11 years after giving birth, the researchers verified how many children were celiac and crossed the data with those previously collected. There were 982 celiac children, so about 1% of the study participants. Women who consumed more than 45 grams of fiber a day were 34% less likely to have a celiac child. This compared to women who had consumed small amounts of fiber, holding around or even below 19 grams per day. For every 10 grams of fiber consumed more, the chances of the child being celiac fell by about 8%.

Furthermore, fruit and vegetable fibers seem to be linked to an even lower risk. This is one of the first studies that analyzes the connection between fiber consumption in pregnancy and celiac disease. Also for this reason, researchers are cautious: the data are only preliminary and it is early to outline an "anti-celiac" diet.