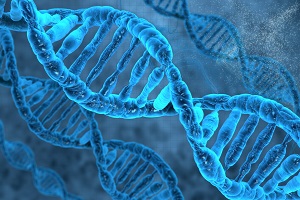 Thanks to a study by the University of Tokyo, a group of families has finally received a diagnosis. Their diseases are not caused by genetic mutations, but by the repetition of a small segment of DNA. According to the researchers, this problem could be the cause of other diseases now impossible to diagnose with genetic tests. Diseases such as Parkinson's are caused by mutations located in multiple genes.

The same applies to cystic fibrosis, for which over 1,000 mutations have been identified. In this case, however, the mutation is always the same in all four diseases and is repeated in different areas of the genome. This means that the same treatments could be effective for all diseases, even if to a different extent.

The study focused on adult patients with different forms of neurodegenerative disorder. Among the symptoms most often encountered are cognitive disorders, uncontrolled movements, loss of balance, weakness in the legs and arms. All of these are related to the syndrome of weak X, usually caused by the repetition of three letters of the genetic code in the X chromosomes. Yet the patients involved in the study did not suffer from weak X syndrome. What, then? The analyzed patients had normal X chromosomes, although they exhibited these symptoms.

The researchers then searched for repetitions in the other 46 chromosomes. To speed up the process, they combined modern sequencing techniques with software that looked only for the three offending letters.