Is polycystic ovary linked to heart problems in children? 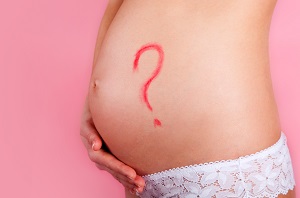 A study published in Cardiovascular Research shows a possible link between maternal polycystic ovary and cardiac dysfunction in children. The researchers analyzed the young born from guinea pigs suffering from the syndrome, noting a greater risk of heart problems.

Polycystic ovary affects about 1 in 10 women and is the most common reproductive disorder. The problem has a strong genetic component, but some studies suggest other possible causes. Among these could be a hostile environment in the maternal uterus, characterized by too high levels of androgens. However, the authors of the study focused on the consequences of the syndrome on the offspring.

Women with polycystic ovaries tend to produce high levels of dihydrotestosterone in the late stages of gestation. According to the researchers, this could cause future dysfunctions in the offspring, especially in females. To test this, the researchers followed two groups of pregnant guinea pigs, each with a different problem. High levels of dihydrotestosterone in the last quarter. Obesity before and during gestation.

After giving birth, the researchers separated the babies from their mother and gave them a controlled diet. When they reached adulthood, they verified the presence of cardiac anomalies and malformations in the tissues of the heart. Furthermore, they verified the effects of high levels of dihydrotestosterone during puberty. Experiments show that high levels of dihydrotestosterone in the last quarter and during puberty can cause heart disease in adulthood. Paradoxically, maternal obesity does not seem to have equally serious consequences on the cardiac profile of small females.