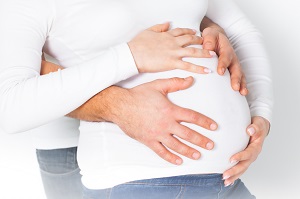 Fathers who are very stressed during pregnancy tend to have children with behavioral problems. According to a study by the University of Cambridge. The researchers followed the children for two years, analyzing their behaviors and those of both parents. From what emerges, mothers are not the only ones to have a big impact on babies during gestation.

There are numerous studies showing a correlation between psychological conditions of future mothers and those of their children. Strange as it may seem, the same is true for fathers. Future fathers who experience gestation as stress tend to have a worse impact on their children. They often find it more difficult to relate to children, with effects that also affect their adult life. This means that even fathers need psychological support during pregnancy.

The study followed 438 couples awaiting their first child. Parents responded to questionnaires and interviews regarding their couple life, concerns, stressful events. The first round of questions was done by the end of the third quarter of gestation. The researchers then interviewed them 4 months, 12 months and 24 months after the birth. Meanwhile, they analyzed children's behaviors and development.

The children of stressed and unhappy fathers, are more likely to exhibit emotional problems in turn. Many of these were worried, unhappy, crying, frightened by new situations. All conditions that could be caused by relationship problems in early childhood, even if the correlation is not entirely clear.