Europe authorizes the sale of larotrectinib against tumors 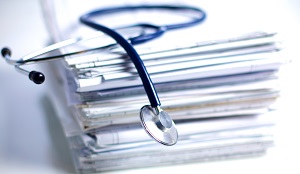 Larotrectinib is a drug used for the treatment of solid tumors of genetic cause. In particular, it is used in cases of fusion of NTRK genes, tyrosine kinase receptors in neutrophils.

The European Medicines Agency has authorized the sale also in the European Union, so that it can be used in cases of inoperable cancer. When the tumor is too widespread or cannot be removed surgically, the treatment becomes more difficult. It is frequent in cases of cancer that originate from the blood or spinal cord, spreading throughout the body. In some of these cases, larotrectinib can be used. Before doing so, however, a test must be performed to confirm the genetic fusion of NTRK in the tumor.

The fusion of NTRK causes the development of proteins that stimulate the growth of cancer cells. It is found mainly in some rare tumors, including that of the salivary glands. From time to time, however, it also affects lung and colon cancers.

The drug is used in these cases. For the marketing authorization, three trials were required on a total of 102 patients, adults and children. 67% of these benefited from therapy, which opens the door to new cancer treatments. Drugs such as larotrectinib in fact act on specific tumors, characterized by particular DNA alterations. The development team is developing a drug similar to this, which does however affect the alterations of the RET gene.