Identified a hereditary cause of pancreatic cancer 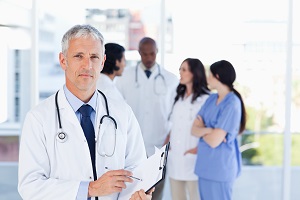 A study by Dana-Farber / Brigham and the Women's Cancer Center analyzed the DNA of a family with a high rate of pancreatic cancer. Researchers have thus identified a rare genetic mutation, which increases the risk of developing this cancer dramatically. This same mutation could also be linked to other forms of cancer.

Thanks to the discovery, new genetic tests can be developed to assess the risk of getting sick. About 10% of pancreatic cancer cases are linked to hereditary causes, comparable to BRCA mutations in breast cancer. Unfortunately, the genetic mutations in question are not always identifiable.

The new study was able to unravel one of these, which could facilitate the treatment of many cancer cases. Pancreatic cancer is indeed a difficult disease to deal with, especially if identified in the most advanced stages. The family analyzed in the study was affected by 5 cases of pancreatic cancer, in addition to other members affected by different tumors. This immediately led to a genetic predisposition.

The researchers then sequenced the DNA of two cancer family members, one at 48 and the other at 80. In doing so they identified the mutation in RABL3, which they also found in family members affected by other forms of cancer. After analyzing the DNA of the volunteers, the researchers reproduced the mutation in a group of zebrafish. Guinea pigs with the mutated version of the gene had a significantly greater risk of getting sick.