Are electronic cigarettes bad for fertility? 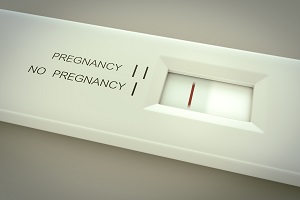 The effects of smoking during pregnancy has been known for years. Cigarettes are bad at any stage of life, especially in the early years. But what about electronic cigarettes? A study by Dr. Kathleen Caron analyzed the effects on fertility, focusing on the dangers for young women. According to the data collected, in 2018 only electronic cigarette users under the age of 18 were 3.6 million. In 2017, there were about 2.1 million.

Electronic cigarettes are in fact perceived as safer than traditional cigarettes, being free of tar and other harmful substances. Nevertheless, the long-term effects on health are still unclear. That's why Dr. Caron tested them on groups of guinea pigs of childbearing age. From what has emerged from the analyzes on animal models, electronic cigarettes could damage female fertility.

The guinea pigs exposed to their smoke during the fertile period, in fact, had more trouble conceiving. Their use in the period of conception could indeed delay the implantation of the fertilized embryo, thereby reducing fertility. Furthermore, it could cause long-term metabolic problems in both the mother and the fetus.

What emerged from the study will need further confirmation, as these are preliminary results. However, it seems clear that electronic cigarettes are not completely without health consequences. For future mothers of "vape", therefore, it may be better to give up at least during gestation and in the immediately preceding period.