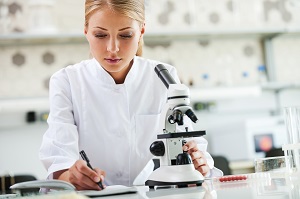 Some of the genes used to assess the risk of familial hypercholesterolemia could change based on place of origin. UCL's team of Dr. Karoline Kuchenbaecker has discovered that the current tests do not apply to people from Uganda. This means that other genetic analyzes and therapies may not be completely effective for non-European people.

Genetic studies have helped us to better understand how the human being works, allowing us to develop new therapies. Unfortunately, most of them are conducted almost exclusively on European people or descendants of Europeans. There is therefore a large analytical hole, which affects all non-European populations and the people who descend from them. Dr. Kuchenbaecker started from this premise for her new study.

The group of researchers analyzed how some known genetic variants influence blood fat levels. In particular, it focused on groups of people from the United Kingdom, Greece, China, Japan and Uganda. The results confirmed part of the concerns. Results among European and Asian subjects were similar: approximately three-quarters of the genetic markers applied to all groups.

In the case of people originating from Uganda, however, only 10% of the markers proved to be valid in the diagnosis of high levels of triglycerides. It is therefore likely that the same cardiovascular risks relate to different markers. According to the scientists, the causes of these differences could be in the environment. Faced with an almost identical genetic heritage, the various human groups live in diametrically opposite conditions.