In the United States they fell in twins 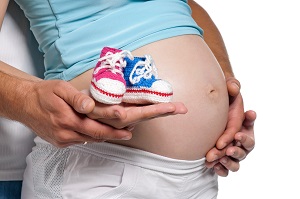 In the past three decades, the twins have become a real cultural phenomenon. In fact, the country included the highest number of twins living in the world. The main cause of this boom was the use of fertility treatments, which began to spread in the 1980s. Today, the twins are back to decline.

What happened? In 1980, the rate of twin births was around 1.8%. It was then that fertility treatments became increasingly common. At that time, the treatments still included the implantation of more embryos per cycle. This increased the chances of having a twin birth, sometimes even tri-twin. As a result, the percentage of twins increased by up to 2% year on year. In 2014, it arrived at a rate of 33.9%, more than a third of the total parts. Between 2014 and 2018, we witnessed a new drop in twin births. In 2018, the United States had "only" 32.6% of twin births.

The decrease is particularly evident in more adult women: among mothers aged 30-34, the drop was 10%; for those over 35 years, by 23% and passes. Instead, it remained almost identical in women around the age of 20. According to the authors of the report, it is difficult to say with certainty what the causes of the decline are.

However, by concentrating in the most adult groups, it is likely to be linked to changes in assisted reproduction techniques. Today, in fact, it is rare for doctors to transfer more than one embryo at a time. Multiple pregnancies are less likely to succeed and are even more dangerous for future mothers.