A woman has the anti Alzheimer gene 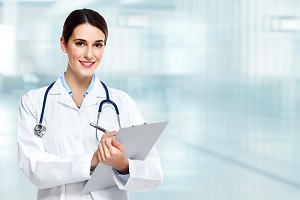 Researchers at Massachusetts General Hospital in Boston have isolated the anti-Alzheimer gene from the DNA of a Colombian woman. The mutation is called APOE3ch and contrasts the genetic predisposition to the disease, very common in Colombia. Thanks to this variant, the woman lived for over 30 years without showing any symptoms, despite the other variants.

In Colombia there are about 6,000 people with the E280A mutation, which increases the risk of getting Alzheimer's. The variant is also linked to an early form of the disease, which begins as early as 40 years. Yet the woman became ill only in old age. The researchers then searched for the causes of this phenomenon. Accumulations of beta-amyloid had formed in the woman's brain, which should have made her sick.

Nevertheless, his brain has resisted damage for decades. The merit was the APOE3ch mutation, which protected the neurons from the plaques that were supposed to destroy them. The variant has in fact prevented the formation of toxic neurofibrillary clusters, which are determinant in Alzheimer's disease. The discovery sheds new light on Alzheimer's research.

According to the authors of the study, the disease could be fought not by avoiding its appearance but by making the brain more resistant. Just like it happened to the woman in question. However, further studies will be needed to understand if it is really possible to apply this principle to the pharmacological field.