Prenatal exposure to opioids should be identified as soon as possible 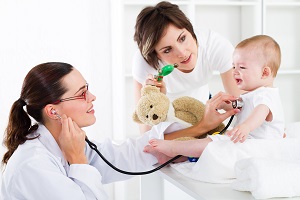 Infants exposed to prenatal opioids should be identified as early as possible. This allows in fact to prevent at least part of the problems they will encounter, providing them with better treatments. This is what researchers at Marshall University say, in collaboration with Marshall Health, Cabell Huntington Hospital and the Centers for Disease Control and Prevention. Researchers focused on the combined effects of opioids and gabapentin.

The latter is a drug used to relieve pain caused by nerves and epilepsy. It is also used to treat opioid addiction, but many people use it poorly. This also occurs among pregnant women, with everything that follows for children. Children exposed to opioids in the prenatal phase often experience real withdrawal symptoms. However, the two substances make the symptoms atypical: uncontrolled eye movements; shots in arms and legs; lingual thrusts; involuntary muscle contractions. All this makes it much more difficult to identify the problem in time and, consequently, to deal with it immediately in the necessary ways.

The researchers then analyzed the benefits of total toxicological screening. The questionnaires completed by the mothers are almost always partial. Standard neonatal tests, on the other hand, focus only on certain substances and neglect all others. Under these conditions, it can take up to 20 days before the start of the treatments, which include an hospitalization of 58 days on average. With total toxicological screening, however, only 14 pass and the infants remain in the hospital about 48 days.