A new genetic cause of epilepsy has been identified 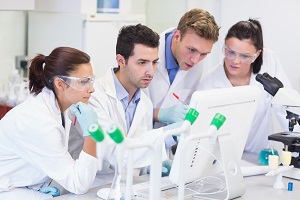 Researchers from the Walter and Eliza Hall Institute have identified the origins of a genetic mutation linked to epilepsy. Thanks to genetic sequencing technologies, they studied the anomaly in the samples, following their history backwards. In this way, they discovered new information on benign familial adult myoclonic epilepsy (FAME), a rare form of epilepsy.

The genetic mutation studied is caused by repeated expansion, a form of anomaly typical of neurological diseases. Among these are Huntington's disease, ataxia, autism and epilepsy, in fact. According to the author of the study, this discovery could facilitate early diagnosis of the disease. For over twenty years, researchers from all over the world have been searching for genetic mutations that cause HUNGER.

In the past year, the study authors have discovered the repeated expansion in question and have discovered that it is linked to the disease. It has been a long way, however: identifying mutations of this type is always difficult. Scientists developed a tool called exSTRa, which sifts the entire genome in search of repeated expansions. Thanks to the new software, they identified the anomaly and reconstructed the genealogical tree. This will allow them to study the development of the disease, thus facilitating the search for new treatments.