Genetic sequencing will help over 700 British infants per year 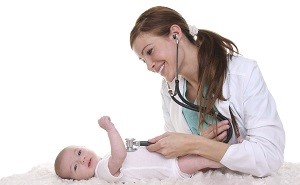 Thanks to the English health service, total genetic sequencing is now available to thousands of babies. The test serves to facilitate the diagnosis of some of the most common rare diseases, so as to intervene from the first hours. This could change the lives for the better of hundreds of babies and children, allowing them to immediately receive ad hoc care.

Total exome sequencing has become routine since October and has already helped dozens of small patients. NHS - England estimates for the new year are even more positive: the test could help over 700 children in 2020 alone. This particular type of genetic test in fact doubles the chances of diagnosing a genetic anomaly. It takes just a few days to get the results, reducing the time significantly.

How is this particular type of sequencing different? Classic tests focus on genes linked to particular genetic diseases. The total sequencing of the exome, on the other hand, examines a wide range of risky variations in one go. The test can identify rare neurological and metabolic diseases, as well as other conditions caused by genetic mutations. One of the most emblematic cases is that of little Henry, son of Lauren Dunn.

The baby was born prematurely and sent to intensive care. Here, doctors have identified a number of problems unrelated to premature birth and unexplained. Total sequencing provided a diagnosis in less than a week: Costello syndrome. This allowed doctors to provide the child with treatments tailored to his illness.