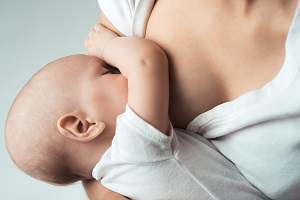 Breastfeeding women are less exposed to the risk of early menopause. This was stated in the study conducted by Dr. Christine Langton, of the University of Massachusetts. The doctor therefore confirms several previous studies, which had found a correlation between menopause, number of pregnancies and breastfeeding.

During pregnancy, ovulation stops completely. During breastfeeding, however, it slows down. Both phenomena preserve the woman's oocyte reserve, which takes longer to completely consume. Consequently, menopause should also come later. Despite all this information, it is difficult to define the actual timing of menopause. Usually it takes about 12 months to confirm it.

To get a clearer idea of ​​the actual timing of menopause, Dr. Langton analyzed data from 108,887 women collected over 26 years. About every two years, researchers collected information about women's health. These were based on data also concerning pregnancy, breastfeeding, symptoms related to menopause. In this way, the team defined the timing of menopause much more precisely.

According to the data collected, women who have been pregnant for at least 6 months are less likely to go into early menopause. The trend proved linear: the more pregnancies, the lower the risk. In addition, women who breastfed for 7-12 months showed a 28% less chance of suffering from early menopause.