Will we produce eggs and sperm in vitro? 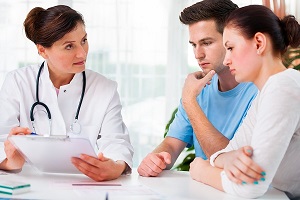 Scientists from the University of California, Los Angeles, are studying how to produce eggs and sperm in vitro. They talked about it in an article published in the journal Cell Reports, explaining part of the mechanism. In the future, the process could help those who don't produce gametes and want a child.

The researchers analyzed over 100,000 stem cells as they converted to gametes. In particular, they measured the genes that activated throughout the process. A special algorithm helped them to process the huge amount of information, so as to identify a pattern common to all stem cells. The goal is to reproduce the entire in vitro process and obtain gametes made in the laboratory.

Experiments are still ongoing. For the time being, scientists have started from cells similar to human primordial germ cells. They converted them into transitional pluripotent stem cells, so as to differentiate them into germ cells. Thanks to the patterns identified by the algorithm, they maximized the number of successful differentiations.

In preliminary analyzes, scientists used both embryonic stem cells and induced pluripotent stem cells. The algorithm analyzed the genetic patterns active in both groups of cells at the time of development. According to the data, the differences are minimal, which would make gamete in vitro even easier. The important thing would be to use the right techniques, so as to minimize waste.

If the tests continue to give positive results, it will be possible to produce gametes from epithelial cells in a few years. Before the procedure is applied, however, tests will be needed on the possible genetic consequences for the fetus.