Memory in bees may explain Alzheimer 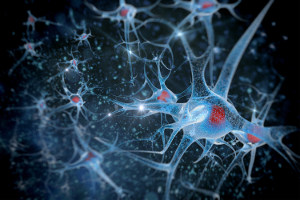 A molecular mechanism that regulates memory in bees could help combat neurodegenerative diseases. Researchers at the University of Queensland have found that molecular deficiency may trigger a series of physical changes, which affect the formation of new memories in insects. A phenomenon that some human diseases and thus helps to understand them better and to combat them.

Bees have a memory and a capacity for exceptional learning. They can count to four, they are oriented along routes learned by heart and mind maps. In addition they can interact with their peers, to act as teachers and pupils. They can show to their companions where are the best food sources and how to return to the hive. These processes resemble their human analogues, although they are so to say "summaries" in a smaller genome and simple. That is why the bees are a perfect model to study the evolution of neurodegenerative diseases.

The new memories are formed by molecular changes, which alter neural connections and their activities. Regulate some genes mediated process called epigenetic mechanism, DNA methylation. These regulate the expression of genes through DNA modifications or associations with protein, without changing the genes themselves. When the researchers tried to block the process, the bees have begun to show memory problems.

Scientists have taught to two groups of bees the connection between a particular odor and the presence of sugar. To the first group showed the connection a large number of times, the second only once. Then they took a sample of bees from both groups and they used on them an inhibitor, which has altered methylation of DNA. They then tried to teach a new connection, always with the previous method. From observations it showed that the treated bees had more difficulty learning new things.

Understand changes in the epigenome, how it manifests itself and how it affects brain function, can help to understand the evolution of a large number of diseases. Given the presence of a genetic predisposition, environmental factors may in fact determine when and how force manifest diseases such as dementia and Alzheimer's.