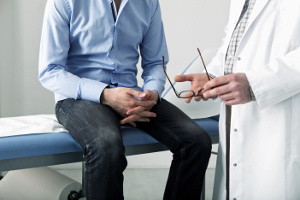 An Iranian test study that lack of exercise lowers male fertility. On the contrary, a moderate amount of cardio greatly increases the speed, the shape and the volume of the sperm. An interesting news for all those couples who are trying to have children, perhaps through assisted reproduction.

The study involved 261 sedentary men, divided into four groups according to the type of workout. The first were assigned 30 to 45 minutes of moderate journey at least three times a week; the latter has carried out high-intensity exercise such as sprinting three times a week; the third performed at high intensity exercise interspersed with walking; the members of the fourth had to do nothing. The first three groups showed a significant decrease in weight, body fat and waist circumference. Only men of the first group, however, have seen a significant improvement in sperm quality.

At the end of the first stage, the sperm of men who did moderate exercise had a larger volume of 8% compared to those who had not done anything. In addition, the mobility was increased by 12%, the morphology was 17% better, and there was 22% more sperm. After all four groups have stopped the exercises. The result of the stop was a return of sperm to the initial situation.

Researchers have not yet considered how moderate exercise has determined these improvements. The hypothesis is that causes a decrease in stress and inflammation, favorable for producing vibrant and healthy sperm. In any case, the moderate exercise could be a way to not only improve the quality of life in general, but also the chance of conceiving. A news of great importance for the many couples who are trying to have a child.