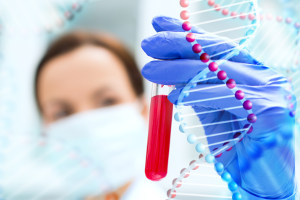 One of our ancestors could stretch out new information about a modern disease. The key to understanding and perhaps cure Lesch-Nyhan was indeed hidden in the DNA of a hominid. They discovered researchers at the University of Parma, led by Riccardo Percudani and funded by the Telethon Foundation.

Lesch-Nyhan syndrome is a disease that causes the accumulation of uric acid in the blood. This leads to develop gout, kidney problems, neurological deficits. It is a disease currently lacks an effective therapy, which affects mostly males and is transmitted through the X chromosome The researchers had already identified the genetic abnormality responsible. According to the latest study, however, the key to the problem could be in a protein now lost.

Some animal species have production worker gene for a protein called urate oxidase. The protein is used to prevent uric acid accumulates in the blood, removing the bud the causes of Lesch-Nyhan syndrome. Unfortunately, the human being does not have one, or at least it is at this point in his evolutionary process.

The researchers looked at the genetic heritage of the eight species of great apes, including humans. They then compared with other vertebrates, and have identified the gene for urate oxidase. They have mapped five gene mutations during evolution of hominids, which took place between 20 and 30 million years ago. At this point have isolated a variant in particular, that could work in an optimal way for human beings.

The study comes to the conclusion that the man has lost the urate oxidase in a gradual manner. Along the process is passed through a variant that could be effective even modern humans. The discovery could be crucial to developing new treatments for this rare genetic disorder.