Woman conceive at 24 years with eggs preserved at nine 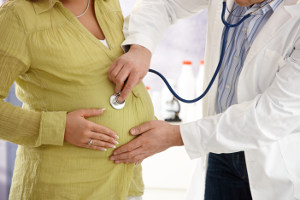 A woman of 24 years Dubai has managed to have a child with ova stored at nine years. Today Moaza Al Matrooshi is the first woman to have conceived with ovum stored so soon.

The woman had become almost sterile due to a cancer of the blood that had struck her as a child. Chemotherapy had wiped out the tumor, however, and preventing it from damaging the reproductive organs to conceive for normal routes. His family, however, had taken steps to remove the right ovary, as well as to preserve the eggs. The left ovary was instead remained where it was, at least until a few years ago. Moaza was 22 years old when the left ovary has stopped functioning completely and she has entered menopause.

After entering into menopause, the woman turned to the Danish surgeons. Doctors have transplanted right ovary and uterus samples left ovary. The process resulted in a reversal of menopause and Moaza has begun to ovulate. Doctors have collected eight healthy and mature eggs, which have fertilized in vitro. The result is a healthy baby, born in London in late 2016.

The case of Moaza Al Matrooshi proof that it is possible to restore the fertility of a woman, even with ovaries removed at a young age. It is still a difficult task, because the organs are still very small and there is no margin of error. The procedure still offers new hope to many future women who, after winning the battle against cancer, will also decide whether to become mothers.