The great problem of fetal alcohol syndrome in Italy 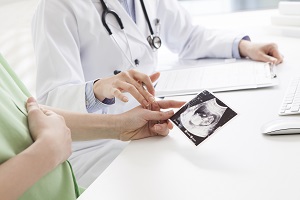 One of the Lancet Global Health study reveals that 10% of pregnant women continue to drink alcohol. alarming numbers, which are aggravated when the focus shifts on our country. In Italy, in fact, 50% of lactating women consumes more alcohol than recommended. This exposes the fetus to the so-called fetal alcohol syndrome, which leads to develop neurological disorders and birth defects.

A team from the Centre for Addiction and Mental Health in Toronto (CAMH) has produced an estimate of the percentage of women who continue to take alcohol during pregnancy. In order to obtain these data, the researchers reviewed the world literature on the subject in a systematic way. They were able to also create a comparison of the percentage of alcohol consumption during pregnancy and fetal alcohol syndrome rates. The analysis was conducted at both the world, both at country level and at the level of the six regional structures the World Health Organization (Europe, Africa, Eastern Mediterranean, South-East Asia, the Americas, the Western Pacific).

The study shows that worldwide, 10% of pregnant women continue to drink alcohol, although the percentages vary from country to country. In Europe the percentage exceeds 25%, with peaks in Italy, UK and Russia; here the percentage beat and sometimes exceed 50%. These countries are also born a greater number of children with fetal alcohol syndrome: in Italy there are about 82 cases of syndrome of every 10,000 newborns. In the United States, however, there are approximately 22 cases per 10,000 births, compared with 10 cases per 10,000 in Canada. In the Middle East, where the consumption of alcohol is almost completely absent for religious reasons, there is less than 1 in 10,000.

Drink more than recommended during pregnancy does not automatically lead to fetal alcohol syndrome. Nevertheless, the connection between increased alcohol consumption and more cases is obvious. According to the study, about one mother who consumes alcohol of 67 will give birth to a sick child. However, it is still unclear what other factors come into play in the development of the disease. The researchers think that genetics, stress, smoking and diet play a role, but currently lack evidence to support the thesis. The only safe form of prevention remains so complete abstention from alcohol and, for safety, a comprehensive prenatal screening.