Where does the human sense of rhytm come from? 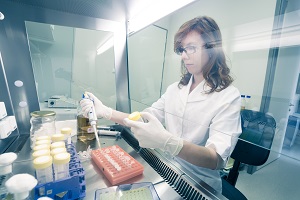 Researchers at the Salk Institute in La Jolla, California, have discovered how born the pace. They used the mini-synthetic brains, obtained from stem cells for research on neurodegenerative diseases. With this new information, they can better understand diseases like Parkinson's, autism and ALS, affecting the rhythmic movements.

It is still unclear how many millions of neural connections are able to absorb and process information. A human brain is too complex to study the operation as a whole. For this reason, scientists need of simplified models, which reproduce only certain features of a real brain. The mini organs are just that: are programmed embryonic stem cells to reproduce organ segments. Specifically, the researchers obtained the closed neural circuits and self-sufficient, to study how to generate a sense of rhythm in neurons.

The sense of rhythm is the innate sense which controls repetitive actions such as breathing and walking. Some people have a more developed sense of rhythm, which allows them to stand out in music or dance. Even in the most uncoordinated, however, there is a mechanism that controls breathing, the ability to walk and chew. All of these are in fact repetitive actions, which depend on the sending of rhythmic signals from neurons. It is a poorly understood mechanism that when it stops working causes diseases such as Parkinson's.

Californians neuroscientists have created artificial neural circuits from nerve cells in the spinal cord. Each of these circuits contained about 50,000 neurons and nerve cells with excitatory or inhibitory activity. Changing the proportions of each type, the researchers slowed or accelerated the pace of the signals sent from the circuits. According to scientists the brain regulates so the different types of rhythmic activity, creating complex circuits but still flexible. If you could master this same strategy, it could create new treatments against movement disorders.