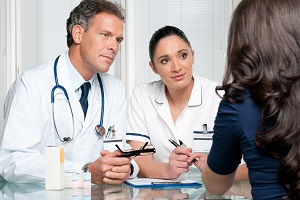 An Athens of Genesis Clinic team has developed a treatment to rejuvenate the ovaries of menopausal women. As reported by physicians, the experimental therapy would have already been successful on two women. If the news found further confirmation, you could say goodbye to menopause.

Doctors have taken blood from barren women or menopausal, so I have centrifuged. In this way they put aside the red blood cells and the plasma obtained. Plasma is the blood based and contains a large number of platelets. The doctors have injected this plasma directly into the uterus and ovaries, imitating an already used treatment for tendon injuries. Kostantinos Sfakianoudis, head of the team, has applied the treatment to 180 women.

The treatment would work on a German forties with fertility problems. He had tried six times in vitro fertilization, with no results. After undergoing the treatment, he did the seventh attempt and this time has conceived. It is currently the 5th month of pregnancy. Another positive case presented is that of a Dutch woman suffering from early menopause. After treatment, the cycle is started again and became pregnant by artificial insemination. Unfortunately pregnancy was interrupted with a miscarriage. During pregnancy it is important to undergo prenatal screening tests as noninvasive fetal DNA test.

It is still early to put an end to menopause. It will take more cases to confirm the goodness of treatment and further studies. If the new trials were successful, however, there would be an ideal therapy for women with early menopause problems.