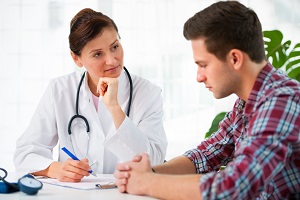 Researchers at the University of Washington State have found a way to protect the sperm stem cells. Thanks to the discovery will preserve the fertility of young patients with cancer and forced to undergo invasive treatments. Both chemotherapy radiation therapy may in fact make it infertile, with psychological consequences in adulthood.

An adult and fertile man produces 1,300 sperm with each beat of the heart, resulting from sperm stem cells. These stem cells are present from birth, and each produces about 5,000 sperm. Chemotherapy and radiotherapy, as fundamental to eradicate certain types of cancer, often kill sperm stem cells. In the case of pre-pubertal children, therefore, they can cause future infertility.

Researchers have labeled a gene stem cell sperm in pre-pubertal mice, to study the differentiation. They found that in the early stages of the process the stem cells get energy from glycolysis. In the later stages they pass instead to the oxidative phosphorylation. This second method has the disadvantage of producing free radicals, reactive forms of oxygen harmful to the DNA cells.

To preserve the sperm stem cells throughout the individual's fertile life, we must preserve the genome. That's why it is important to promote glycolysis at the expense of oxidative phosphorylation. The team then lowered the oxygen levels of the stored cells. In this way, the stem cells are able to produce sperm after 6 months from the harvest increased from 5% to 40%.

The next step is to test whether stem cells in culture undergo epigenetic changes, which affect the ability to produce functional sperm. It should also check whether the technique also works on human tissue.