Why use the zebrafish in research? 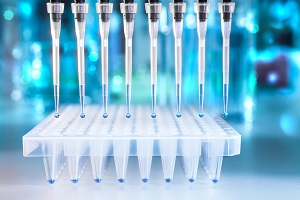 Zebrafish is a fish often quoted in studies of genetic diseases and human DNA. How can a tropical fish help to understand the functioning of the human body? Why is it used in research?

A female zebrafish produces about 200 eggs a week, making it one of the most prolific species. In addition, embryos develop in about 3 months, shortening some of the timing of the research. They are all elements that make fish an appetizing model, but what matters most is the resemblance to the human being.
The biological mechanisms of embryonic development of zebrafish are similar to human ones, at least in some respects. Being a much simpler human being, it is easy to induce mutations in his DNA and study its consequences. For this reason, zebrafish is the genetic model for excellence in disease and abnormalities. Analysis of how zebra fish genes interact has allowed to clarify many regulatory mechanisms of human DNA.

An example of the importance of zebrafish for research is the ZF-Models project, launched by the Planck Institute in Tubingen. In addition to Germany, the project involves research organizations in France, Great Britain, Italy, Norway, the Netherlands, Switzerland. The aim is to create anatomical and genetic atlas of zebrafish, to be made available to the international scientific community.