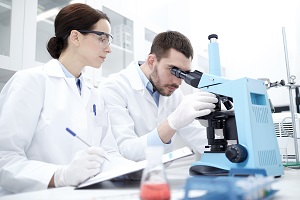 Researchers from the University of Edinburgh discovered a group of key cells in testicular regeneration. Blocking these cells also blocks the tissue repair process, which serves to produce healthy spermatozoa. Discovery could help develop new tools against male infertility.

Testicles are organs very exposed to possible external damage, including radiation and chemotherapy. Although they have saved lives for so many children, these treatments often lead to infertility. In some cases, however, internal cellular mechanisms can repair tissue damage. It is still unclear how this will happen.
The Edinburgh team removed the cells known as Miwi2 from a group of mice. The cells without the expressed cells were unable to repair the testicles. This proves the role of this type of cell in cell regeneration. It also emerged that Miwi2 has functions similar to those of stem cells that allow them to respond to damage.

The study opens several options for pre-puberty children undergoing chemotherapy or radiotherapy. It is, in fact, the first step to understanding how to repair the testicles, so that they can recover their reproductive functions. Now you will need to locate Miwi2 equivalent in humans.