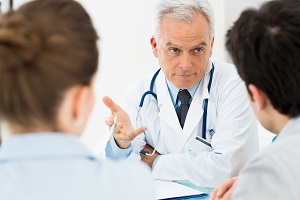 An international team identified the genetic component behind anorexia, identifying an anomaly in chromosome 12. The disease is both psychiatric and metabolic, linked to a problem in nutrition absorption. Discovery could deeply change the approach to the disease and its treatments. It also opens the DNA test gates designed to prevent at least part of the disorder.

The research involved 3,495 individuals with anorexia nervosa. These were accompanied by data of 10,982 healthy individuals. The researchers analyzed the DNA of subjects with modern genom sequencing techniques. They thus identified an anomaly in chromosome 12, common among anorexia people. The region has already been associated with the onset of type 1 diabetes and autoimmune diseases.

According to the findings, there may be a correlation between anorexia, other psychiatric disorders and metabolic diseases. The connection to depression and schizophrenia is not surprising, while the bond with metabolic diseases is unpublished. For example, subjects with anorexia have low insulin resistance. This changes the way they absorb food and burn it, thereby affecting the relationship they have with it.

The discovery tries again the link between psychology and physical development. Anorexia has a very strong psychological component, but not only. Consequently, treatments should take into account abnormal metabolism. For example, you may need to introduce more carbohydrates into these people's diet. During pregnancy it is advisable to undergo non-invasive prenatal tests such as fetal DNA test, which detect chromosomal abnormalities in the fetus.