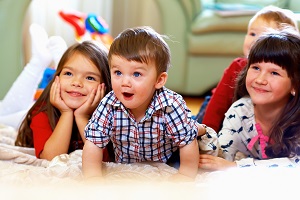 Behavioral disorders include a number of attitudes that violate the norms of social life. Children who are affected have a difficult behavior to manage, for parents and educators. Where, however, does the poor education end and the actual disturbance begins?

According to statistics, 6-16% of males under the age of 18 and 2-9% of females suffers from behavioral disorders. The symptoms range from mild to very severe and involve systematic detachment of the child from social norms. Whilst they are scolded and educated, children with these disorders maintain a repetitive and persistent behavior.

The child or teenager suffering from behavioral disorders has manifested at least three of these behaviors over the past 12 months.

At least one of these must have been evident in the last 6 months, causing discomfort to the subject and others. However, the diagnosis is difficult, as the disorder often occurs along with other problems. Behavioral disorders are associated with 73% of cases of learning disorder and depression. This makes it more difficult to have a clear picture of the situation.

Behavioral disorders often have an environmental source: poor education, difficult family situation, poor socialization. In some cases, however, they are caused by neuropsychological dysfunctions. Many children with early forms of disorder have parents with their own psychopathological disturbances. In these cases, at least one parent suffers from mood disorders and schizophrenia, suggesting a genetic predisposition.