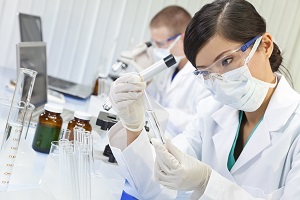 Verrucid epidermodysplasia (EV) is a rare hereditary disease. The disease causes chronic skin infection by the human virus papilloma. This leads to the formation of polymorphic skin lesions, such as warts, nodules and small skin pads. These lesions have a high probability of developing into a skin cancer.
The number of patients with verrucal epidermodysplasia is uncertain.

To date, little more than 200 cases are known, but the exact prevalence is unknown. According to scientific literature, illness occurs during childhood and much more rarely in neonatal times. 61.5% of the known cases occurred during the first years of life, 22% during puberty and 7.5% in the first few months of life.

The first symptom is the appearance of vertebral papules, followed by the irregular plaques. The lesions are hyperpigmented or hypopigmented, brown-reddish and similar to the bark of a tree. They appear on all skin areas exposed to the sole, then on the trunk, neck, face and back of hands and feet.
The lesions are derived from the papilloma virus subtypes, which in 30-60% of cases develop into skin cancers. The tumors are different from the most common melanoma and form carcinomas and squamous cells, similar to real tree branches. They are often localized tumors, which rarely form metastases.

To date there is no resolving therapy for verrucid epidermodysplasia. In the few cases detected, cryotherapy and topical use of immunomodulators are performed. It is also important that subjects avoid exposure to the sun as much as possible to reduce the risk of cancer. In the case of highly developed tumors, doctors are surgically eliminated.