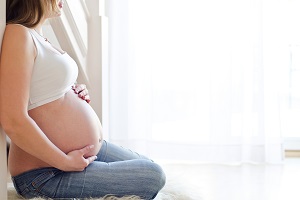 A new study on animal models proves that vaccinating females before pregnancy protects the fetus from Zika. The trials examined two types of vaccines and both proved to be effective. The next step will be to verify its effectiveness on the human being.

Last year the team of Michael S. Diamond and Pei-Yong Shi had developed an animal model of Zika. Starting from this, the authors evaluated the efficacy of two vaccines against the virus. The first vaccine is based on the genetic patterns of two viral proteins and has already been tested on non-pregnant women. The second is a weakened form of the virus and has been tested only on animals.

The team analyzed groups of about 20 guinea pigs vaccinated with one or two vaccines or with a placebo. Some animals also received a second dose of the same vaccine one month later. Three weeks after the first vaccine, researchers measured antibody levels in mice. Both vaccines neutralized the virus.
At a later time, the team made the rags snatched and infected them at the 6th week of pregnancy. A week after infection, researchers measured the levels of the virus in mothers and fetuses. Both vaccines have proven to be 100% effective in more than half of the cases. In other specimens, however, virus levels were just above the measurable limit. It is unclear whether they are the traces of a new infection or the remnants of the past.

For the time being, it is not known whether it is perfectly safe to vaccinate in pregnancy, but the risks would be lower than those of the virus itself. It will also be necessary to check whether the vaccines also work on the human being.