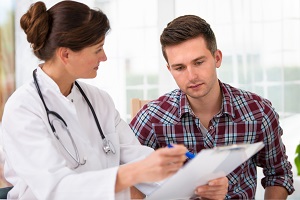 Researchers at the University of Israel have shown that Western men have less sperm than before. They analyzed the data of 7,500 studies, focusing on the interpretations of another 185 conducted between 1973 and 2011. In recent decades, sperm concentration decreased by 52.4%, with a decrease in the total sperm count of 59.3%.

The study found a significant decline only in North America, Europe, Australia and New Zealand. On the other hand, there was no significant change in South America, Asia and Africa. It must be said, however, that there are many less studies for this second group of countries. So there is a picture that is far from reassuring: fertility in the western world is undergoing a stop.

According to the authors, it is important to identify the causes of the decline as soon as possible. One of the most likely causes is exposure to chemicals, even in prenatal ages. The decline in fertility is also due to a change in lifestyle in recent years. Western men are more susceptible to stress and pollution. Also, many of them are overweight and smoke.