Zika virus could be used to treat cancer patients 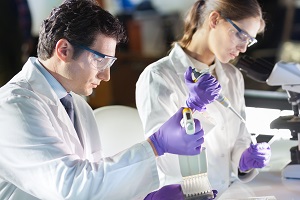 The Zika virus could become a scourge in a new ally against cancer. A study at the University of Washington and California San Diego analyzed the effects of the virus on tumors. He then found that Zika attacks and kills tumor stem cells, succeeding where the standard treatments fail.

Standard treatments against glioblastoma involve the combined use of chemotherapy and radiation. Despite the aggressive approach, doctors often fail to eliminate malignant stem cells. It follows that the treatments eliminate cancer cells, but bad stem cells produce others. In most cases, the tumor is reformed in about six months and leads to death within one year.

When it comes into contact with a fetus, Zika kills neural stem cells and prevents brain development. A terrible feature, which makes it a great weapon against brain tumors. By addressing the virus against normal-treating malignant stem cells, in fact, it would reduce the risk of recurrences.
Researchers have infected tumor parts with Zika: As expected, the virus eliminated all diseased stem cells. It has left the real cancer cells intact, so by itself it is not enough to eliminate the tumor. For this purpose, chemotherapy and radiation therapy should be used.

Scientists tested the procedure on 18 mice with glioblastoma. Guinea pigs survived much longer than 15 of the control group and did not suffer from healthy cell damage. For greater security, scientists are working on a new version of the virus before passing on human testing.